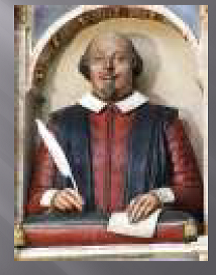 In 2008, the Revd Martin Gorick gave a presentation at the CTA Conference on the issues that arise when you are looking after a church which has thousands of visitors every year. In this case, the parish church of the Holy and Undivided Trinity in Stratford-upon-Avon which is famous for being the burial place of the playwright William Shakespeare. It was here that he was baptised, and it is likely he worshipped here as a boy and young man. Shakespeare returned to Stratford-upon-Avon later in life and became a patron of the church, in whose chancel he was eventually buried in 1616.

For centuries people have come from around the world to visit Shakespeare’s grave, and current visitor numbers total over 200,000 per year. But the focus upon this famous connection sometimes overshadows what is a hugely interesting church, one that has a deeper history and remains a vibrant place of worship and encounter with God. honeypotchurch_mgorick

The church of Holy Trinity, Stratford-upon-Avon can now be explored with the help of an app for mobile phones and ipad which was created by the church working with the Christianity and Culture project (University of York) http://www.christianityandculture.org.uk/partnerships/shakespeares-church